You are Here: Home » About Augustów » History

The area of present day Augustów had been inhabited by tribes of Yotvingian until the end of the 13th century. They were finally defeated in 1283 by Teutonic Knights. After the fall of the Yotvingians, this land was depopulated and not inhabited until 1422.

The town was founded as a centre of trade for the surrounding villages. An important route ran through Augustów linking borders of Poland with Baltic ports - Konigsberg and Gdansk and Poznan.

Augustów, due to its favourable position, developed quickly. This was shown by the significant number of settling of craftsmen - especially bakers, butchers, shoemakers, blacksmiths and wheelwrights. With time, two mills were operating here, along with a sawmill, ironworks and distillers. Until 1569, the town belonged to the Grand Duchy of Lithuania. In 1570, Augustów County was established. Development of the town was hindered by the difficult political situation prevailing in the country and numerous wars. During the Swedish Deluge (1656), the town was burnt by the Tatars, and during the third Great Northern War (1700-1721), the local population was decimated by the plague epidemic.

Next stages of development

It was not until the second half of the 18th century when some improvement was experienced in the development of the town. Again, craftsmen and merchants started to settle here, along with more and more Jews. In 1795, the town was occupied by the Prussians and Napoleon's army in 1807 and 1812. Napoleon I Bonaparte spent a night here, returning to France from the Russian campaign. After the Congress of Vienna (1815) Augustów became part of the Polish Kingdom and Augustów voivodeship was established with registered capital in Suwałki, transformed in 1837 to the Augustów province.

The construction of the Augustów Canal

Other fights in the Augustów area

Local people took an active part in all the insurgent uprisings in the 19th century Polish history. During the January Uprising, the Augustów forests became home of guerrillas. Today, the events of 1863 are commemorated by monuments at graves in Krasnybór, Kozi Rynek, Powstańce, and Skieblewo. In 1898, in relation to the construction of the tsarist barracks, Augustów gained rail connections, which led to economic recovery. Unfortunately, shortly after that - during the First World War - outskirts of the town were destroyed by the Germans.

Augustów was rebuilt after the war. Development was noticeable in education, politics, economy and culture. The timber industry began to develop. The first holiday resorts, like the 'Tourist House' (currently 'Hetman') and the 'Yacht Club of the Polish Republic' - later 'Military Holiday Resort' emerged. In the inter-war period, Augustów became the most famous Polish holiday resort. It was visited by political and military elites of the Second Republic. Among others, President Ignacy Mościcki, Minister Józef Beck and Marshal Edward Rydz-Śmigły spent time in Augustów. A strong impact on life in the town was made by 1st Krechowce Uhlan Regiment with colonel Bolesław Mościcki as its patron. The staff of the regiment consisted with borderland landowners. The uhlans fought near Lviv, occupied Pomerania, took part in the Kiev expedition and the Battle of Komarov.

The tragic history of the Second World War

Development of the region was again stopped by the war. At the end of the September 1939 campaign, the Augustów area was occupied by the Red Army. On 6 October 1939, the Regiment of the Krechowce Uhlans put down their weapons at the battle of Kock as the last soldiers fighting the defensive war. On 22 June 1941, the Germans entered the city. Heroic Augustów citizens fought alongside General Władysław Anders at Monte Cassino, Lenino, Piedimonte, Bologna, on the Pomeranian Wall and conquered Berlin. In the Augustów region a very strong structure of the home army was created. The local population suffered persecution from both occupiers - Soviet and German. Augustów was “liberated” on 24 October 1944 by the Red Army.

In July 1945, the Soviets carried out the so-called Augustów manhunt in order to catch the independent, armed underground soldiers who hid in the Augustów Forest. As a result, approximately 2 thousand people were arrested, of whom approximately 600 were selected after brutal interrogation and taken in an unknown direction. These people were killed in circumstances that still remain unknown. It was the biggest post-war crime committed against Poles after World War II.

The hostilities destroyed 70% of Augustów. Shortly after the war, economic reconstruction was initiated. Industrial plants and more holiday resorts were established. On recognition that the city has qualities of a spa, in 1968, the first deep-water drilling was made and resources of spring waters were discovered. In 1972, the production of mineral water called 'Augustówianka' was started, which is extracted from one of the deepest wells in Poland (482m), located in the heart of the Augustów Forest. In December 1970 the town obtained partial status of a spa, and in 1976, the 'Budowlani' sanatorium was established. Augustów again became well-known in Poland as a summer resort, popularized by songs: Augustowskie noce (Augustów nights) by Maria Koterbska and Beata by Janusz Laskowski.

After 1989, subsequent authorities have developed Augustów as an attractive and modern tourist resort. In 1993, the town was granted the full status of a spa. EU pre-accession and post-accession funds enabled the construction of walking/bike paths on the Netta River and Necko Lake as well as the paving of the market square with cobblestones. In 1999, the first water ski cable in Poland was opened in Augustów. At the end of 1990s town, became the Polish boat building hub: shipyards such as Balt Yacht and Ślepsk are some of the largest companies of this type in Poland and export most of their manufacture to Western Europe. One of the most modern tobacco plant in Europe, owned by British American Tobacco is located in Augustów. The Augustów bypass which elevated heavy traffic from town was opened in 2014. 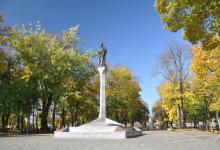 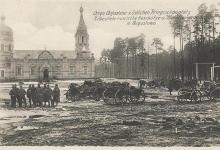 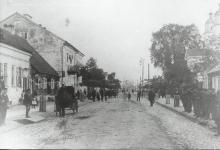 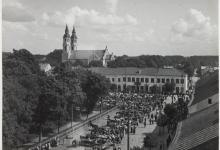 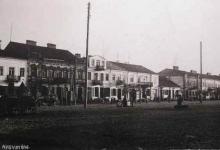 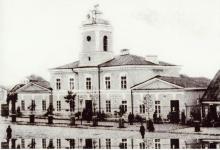 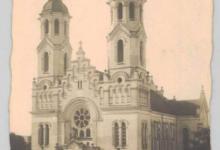 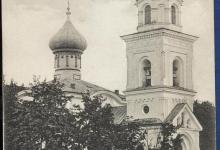 « Go back to homepage